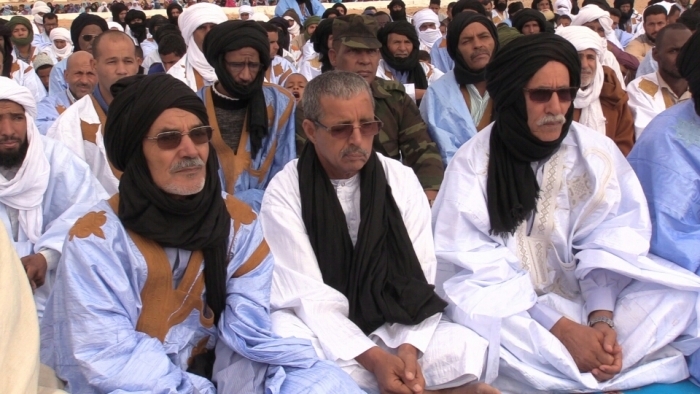 Wilaya of Boujdour, June 15, 2018 (SPS) – The Saharawi people celebrated the Eid al-Fitr holiday in an atmosphere of joy and happiness and exchanged congratulations on this happy occasion.
On this occasion, the President of the Republic Secretary-General of the Polisario Front, Brahim Ghali, performed the prayer in the wilaya of Boujdour along with members of the National Secretariat of the Polisario Front, the SADR government, and the authorities and the people of the wilaya of Boujdour.
The Eid sermons for this year have called upon all Saharawi masses to be tolerant, compassionate and vigilant in the face of enemy conspiracies, and to remember our brethren on the front lines, in Moroccan prisons and detention centers, in our occupied territories, in southern Morocco, and in Moroccan university sites.
The sermons also pointed to the need to pay Zakat al-Fitr because of its religious and secular benefits to the individual and society, as well as to renounce treachery and not to rely on it and to fight the social scourges prevalent in the abuse of drugs and alcohol because it is one of the biggest reasons for the spread of crimes in societies. (SPS)