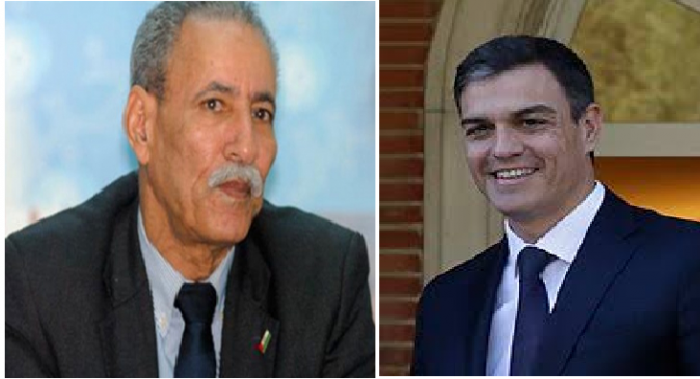 Bir Lehlu (Liberated Territories), June 05, 2018 (SPS)  – The President of the Republic, Secretary General of the Frente POLISARIO, Mr. Brahim Gali, has sent a congratulatory message to the new President of the Government of Spain, Mr. Pedro Sánchez, who replaced Mariano Rajoy who lost last Friday the support of the Spanish Congress .

«On the occasion of his assumption of the leadership of the government of Spain, I would like, on behalf of the Saharawi people, of its political authorities, and on my own, to express our sincere congratulations on the important and momentous task entrusted to you,» writes Ghali in his congratulatory message.

For the same occasion the Saharawi President said that «the Saharawi people also figure many hopes and illusions» with the arrival of Pedro Sanchez to the highest magistracy, «in the hope that he can contribute, in the solution of the Western Sahara conflict, to finally put an end to the long suffering to which he has been unfairly subject to for more than four decades. «SPS